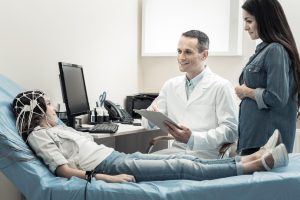 Did You Know That…  Neil Young has epilepsy?

The singer (Heart of Gold, Down by the River) and songwriter (Rockin’ in the Free World, After the Gold Rush) has epilepsy, as does his daughter Amber Jean (inherited epilepsy).  He writes about having epilepsy in his memoir, “Waging Heavy Peace”.  He describes that his epilepsy is now under control.

Epilepsy is one of the most common of medical conditions.  It has been known since antiquity (see brief history below), although, as with all medical conditions, the availability of safe and effective medications and treatments is a recent development.  Yet despite its being commonplace, it can be, and too often is, misunderstood.  Even some family members and friends can be uninformed and less than understanding.  As anyone with epilepsy will confirm, well-controlled epilepsy, meaning full control and no seizures, is a welcome relief.  Medical science knows what causes a seizure to a moderate extent, though many details remain to be discovered.  The good news now is that medications and other treatments, medical and surgical treatments, are effective and getting better.

The single medical term “epilepsy” is applied to a broad range of neurological conditions and, as a result, it’s meaning for any one person is unclear without a further description.  It’s a brain-based condition.  One observable outcome of pathophysiology occurring in people’s brains can be seizures.  Even “pathophysiology” is deliberately vague because many different central nervous system changes can result in a single type of seizure or seizure disorder.  While there are categories of seizure types and thus categories of epilepsy, in truth, each person’s epilepsy could almost be seen as unique to that person.  Some individuals have a mild form of epilepsy.  For mild epilepsy the right medication or combination of medications taken daily can usually completely prevent seizures.  Other forms of epilepsy can be severe, difficult to treat and control, and even life threatening.

What It Is vs. How It Appears

The central problem with epilepsy is that neurons, central nervous system cells, fire abnormally.  The behavioral appearance of a seizure depends on which neurons fire.  Seizures can look markedly different, one person to another.  Most people, even those who are unfamiliar with epilepsy, can recognize a major seizure, that is, grand mal convulsions.  These are severe spasms of many muscle groups caused by many, many “motor” neurons firing at once.  The episode assumes control over all muscle groups.  Such seizures can cause falls and maybe cause one to lose awareness of their surroundings or lose consciousness.  Smaller motor seizures can result in lesser muscle movements and contractions.  One arm or leg, or some other small body area might spasm or twitch.

Seizures Can Be of Emotions

If the nervous system circuitry that is firing abnormally is a circuit involving brain areas wherein emotions or feelings reside, the person might feel odd sensations or unfamiliar emotions rather than muscle movements.  Such seizure-caused emotions likely will be out of place with regard to the surrounding social situation and thus strike people nearby as odd.  For example, a gelastic fit is an expression of raucous laughter that almost always is in a situation where laughter is not seen as appropriate.

A brief historical aside…  In the British museum is a remarkable book.  It’s a 4000-year-old book inscribed on tablets by the Babylonians.  One of the tablets is a description of epilepsy with details describing several of the seizure types we use in medicine today.  This tablet is the first recorded description of epilepsy.  Hippocrates recognized that epilepsy was brain-based 2500 years ago, rather than “The Sacred Disease”, that is, that the person with a seizure disorder was possessed by a god.  Despite Hippocrates’ observations, for another 2000 years epilepsy was viewed in supernatural or superstitious terms.  Finally, in the 1800s, when neurology emerged as a medical specialty, epilepsy was recognized as a brain disorder.

Epileptologists, physicians who study and treat epilepsy, assemble the different patterns of movements and emotions together to form specific sets of symptoms.  There are several common and rare types of epilepsy.  Altogether, there are too many types to list them all here without getting overly encyclopedic.  Below are helpful links to sites with much, much more information.

Having a seizure does not mean that a person has epilepsy.  Environmental and physical situations that are not diagnosed as epilepsy can result in a seizure.  A high fever, or excessively high body temperature, can cause a febrile seizure.  A hard clunk on the head, that is, head trauma, can cause a seizure.  (American football is getting a bad reputation here.)  To earn a diagnosis of “epilepsy” one has to have at least two seizures.

One can see most seizures.  In addition to visible seizures there are tests that support making a diagnosis of epilepsy.  There’s the EEG or “brain wave test” that shows the brain’s electrical activity as signals zip from neuron to neuron.  The girl in the photo at the top of this page is having an EEG tracing made.  Brain scans, like the MRI and the CT, are other tests to help make or rule out a diagnosis of epilepsy.

Once a diagnosis of epilepsy is made, it’s important to start treatment as soon as is practically possible.  (See our page https://www.neuroscirandd.com/treating-epilepsy/ on treating epilepsy.)  Medically, seizures are harmful to the brain (and likely to the rest of the body) and not having seizures is a health benefit.  Getting treatment started quickly also helps with keeping your family calmer and keeping your friends.  About three out of four people with epilepsy can have their seizures stopped or almost stopped with the medications available today.  A health care provider experienced in treating epilepsy will be skilled in matching the right treatment with the individual’s specific type and severity of epilepsy.  There are specific medications that work best for specific seizure types and more complex treatment regimens for difficult-to-treat seizures.

With their seizures under control people with epilepsy do well.  Once the seizures are under control a person can improve their situation at work, and their life at home and their social life will also improve.  The risk of having an unpredictable seizure is like a ball-and-chain on a person’s activities, holding them back socially and professionally.  Even getting and keeping a driver’s licenses can be a problem.  Job choices and hobbies are fewer if one might have a seizure at any moment.  To illustrate this point, if you might have a surprise seizure it’s probably not a great idea to work on high-rise construction or to have a hobby of underwater diving.  In such a situation, a profession in computer programming and a hobby of fine art painting would possibly be much safer alternatives.