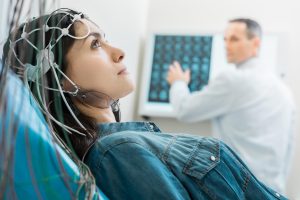 Did You Know That…  Prince had epilepsy?

We all knew Prince as a superstar performer, singer (Grammy Award winning), and songwriter, productive to such a degree that at his passing there was still a vault, an entire vault, in his residence that was filled with unpublished finished material.  As do many individuals who have epilepsy, Prince learned early in life to say little about it.  He was born with epilepsy and had it until about age 7.  Though he grew up with epilepsy as a child he did not publicly say he had epilepsy until 2009 (April 28, to be exact).  He discussed it during an interview with Travis Smiley on PBS.  He described the effect the seizures had on his life and its successes.  He was teased a lot in school and early in his career he compensated with his over-the-top performances.

Even among skilled physicians, even among skilled neurologists, treating epilepsy is a special skill set.  Thus, it is noteworthy that though the neurologists have their own specialty organization, the American Academy of Neurology (https://www.discoverphl.com/meet/convention/aan/), there is an even more special specialty organization composed of those treating epilepsy, the American Epilepsy Society (https://www.aesnet.org/).

There is also a group called the International League Against Epilepsy (https://www.ilae.org/) that was founded in 1909 and now has over 100 chapters in countries around the world.  They spread information about epilepsy, support research and training on epilepsy, and try to improve patient care.  The ILAE is important because its representatives help decide and disseminate changes in terminology about epilepsy, as noted next.

A Bit of New Terminology

About 2 years ago the International League Against Epilepsy (ILAE) published a revised classification of a couple of seizure types.  Those seizures that used to be called “partial” seizures are now called “focal” and those that were called “primary generalized” are now called “bilateral tonic-clonic” seizures.  (For details see Fisher et al., Epilepsia, 58:531 at https://www.ilae.org/files/dmfile/Operational-Classification—Instruction-manual-Fisher_et_al-2017-Epilepsia-1.pdf)

In treating epilepsy, the rule of thumb usually followed is to start using one antiepileptic medication.  The health care professional would start at a low or moderate dose and gradually increase the dose until the seizures are well controlled or problematic side effects or adverse reactions make any further dosage increases problematic or impossible.

Where To Go from There

So that first medication tried has been taken to its maximum dose either because it would be unsafe to go higher or because side effects have gotten in the way, but the seizures are still coming.  Most epileptologists would try a second medication by itself (monotherapy), and maybe even a third as monotherapy, before going to use of 2 (or more) medications together.  The various drugs for epilepsy are all effective, and in fact close to equally effective, so which one to choose has less to do with efficacy and is more about how easy or hard it is to use the medication, how troublesome the side effects are for this specific person, are they taking other medications that they need that might interact adversely with one or another epilepsy drug, or are some of the newer medications just too expensive to consider.

There are all different kinds of seizures, often grouped into four broad categories.

The medications thought to be the best for, or the best starting place for, these seizures are lamotrigine (but, as noted above, it might make myoclonus worse), levetiracetam, and valproic acid or divalproex sodium.

The medications thought to be the best for, or the best starting place for, absence seizures are ethoxuximide and valproic acid or divalproex sodium.

The medications thought to be the best for these seizures are lamotrigine, levetiracetam, and valproic acid or divalproex sodium.

Oh, that it were so simple.  Each medication has its own characteristics, individual side effect/adverse reaction profile, and unique interactions with other medications beyond the very individual effects in a specific person.  in addition, some of the antiepileptic drugs lower the levels of birth control pills, so without care, an unplanned pregnancy could result.  And speaking of pregnancy, some of the antiepileptics are safer than others during pregnancy, and pregnancy itself can change the way the body handles these medications.  The art and medical science, and skill and experience, in treating seizure disorders is complex requiring the extra effort made by epileptologists to be excellent at what they do.

(See our page at: https://www.neuroscirandd.com/member-page/cannabidiol-for-epilepsy/ for more on cannabidiol.)

Cannabidiol is a natural product with no psychological effects that is found in the cannabis (marijuana) plant.  THC (tetrahydrocannabinol) is the other and more well-known natural product in marijuana.  THC is the one that gives marijuana its reputation for making one feel good and the one that makes users “high”.  Cannabidiol does not have these “psychological buzz” effects but keeps popping into the news as though it does because it comes from the marijuana plant.

Dravet Syndrome is why cannabidiol is associated with epilepsy.  It used to be called severe myoclonic epilepsy of infancy since it begins at about 6 months in age.  The seizures in Dravet Syndrome are febrile seizures, occurring in hot temperatures or when the infant is feverish.  Cannabidiol has been found to be effective in treating Dravet Syndrome seizures.  Epidiolex brand of cannabidiol oral solution was approved in mid-2018 for Dravet Syndrome (and Lennox-Gastaut Syndrome).  Its efficacy in other epilepsies is not known.

Centers for Disease Control and Prevention