Spiritual Splattered Brains is the current title of this page.  It used to be The Brain and The Mind, but readers opined that that title was way too boring.  We think of our mind as a separate entity from our brain.  And similarly, we think of our brain as not the same as our body.  It’s cultural.  That is, it’s not really true, it’s just the way we’ve all agreed to think.  It’s a cultural convention, shared rules and customs.  That Western civilization thinks this way comes from the famous French philosopher René Descartes (1596-1650). 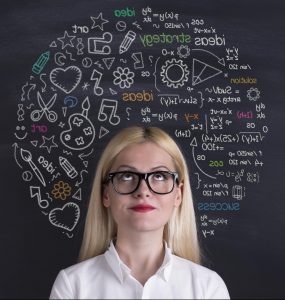 The Roman Catholic Church was Powerful

It starts back in the medieval days, the dark ages, when the Roman Catholic church was powerful.  The belief back in Descartes’ time was that the soul, mind, and body were all one, inseparable, and highly sacred.  We should add that this inseparability was a strongly enforced belief.  If one did not believe this way, it was deemed to be heresy and the penalty was death.  Strongly enforced.  Ugly death.  The body, you see, was the Temple of the Holy Spirit, and one does not defile the Temple.  But Descartes wanted to study the human body, to do post-mortem (after death) dissections and learn about human anatomy and function.  Such examination was forbidden by the Church.  Descartes argued strongly that the body and soul were separate, and that after death, after the soul left the body, the body was no longer this Temple of the Holy Spirit.

It is true that Descartes scored a victory for the medical scholars after him.  Descartes, a brilliant pioneer of medical science, eventually won the argument, but not so strongly and surely that it allowed him religious permission for post-mortem examinations during his lifetime.  (He did, however, perform post-mortem dissections.)  Western civilization had been debating this mind-body separate vs. unified question for at least 2000 years, since Plato.  Descartes raised the argument again during the Renaissance.  And ever since Descartes, various philosophers have continued abstract and concrete arguments about this area.  But in the meantime in the broader culture where we all live, everyone, we common citizens, bought fully into believing that the mind and the body are separate.

Saying It With Soul

It becomes problematic when one discusses this area and brings the topic of soul into the conversation.  This question is where the mixture become explosive.  It pretty easy to win the argument with anyone that the body and the soul are separate.  But then, are the body and the mind the same or separate?  Where are the lines of separation drawn?  The tense part is the separateness, or not, of the mind and the soul.

Watching Our Brains in Action

With the miracles of medical science we can now watch our brains in action.  A huge amount of scientific research has poured out during the past 20 years.  Brain imaging techniques have been developed and used that can actually see the brain think, see the brain function.  Functional magnetic resonance imaging, positron emission tomography, magnetoencephalography, single-photon emission computed tomography (SPECT), and near infrared spectroscopy have allowed us to see our living brains in action, to make images and even “movies” of our brains while they are working, that is, while they are thinking thoughts and feeling emotions.

We can even see human thoughts and feelings, really.  And here’s what has come to light, as it were.  Every time you think a thought, every time you feel an emotion, your brain, or more specifically and accurately, some discrete area of your brain, is working, is metabolizing, and is active.  We now have these recordings, these images of brain activity.

Heart and Soul, I Fell in Love With You…

“Heart and soul, I fell in love with you…” is a line form a song, and we offer due apology to Hoagy Carmichael and Frank Loesser, who wrote this song in 1938.  This part of this topic is the area that can stir some individuals to a remarkable level of intensity.  People understandably are sensitive about their soul.  Don’t mess with the part of me that’s going to heaven (or not).  And the difference between mind and soul feels pretty abstract to many people.  Many feel that I know what’s in my heart and it’s not the same as what’s in my brain.

This Is Not Science vs. Religion

The old science vs. religion squabble.  All this medical science is NOT set in opposition to religion.  We assure you that we value our immortal souls as much as you do.  Neuroscience has no way to study or talk about souls or religious beliefs.  It’s likely, or at least quite possible, that this whole other spiritual world exists, heaven, immortal soul, and so on.  (It is interesting, however, that everybody wants to go to heaven but nobody wants to die.)

But the Scans See What They See

Brain scanning machines are simply recording devices.  The fact that God is in his heaven and all’s right with the world does not change what neuroscientists around the world have discovered and seen.  That is, every time you think a thought, every time you feel an emotion, your brain is working, and working in a way that we can see.  The active parts of your brain light up on a scanner.  It’s there.  It’s real.

But the Scans Don’t and Can’t “Read Your Mind”

Are you telling me that doctors can read my mind with a brain scanner?  No, happily, it’s not possible to read anyone’s mind.  The scanner can tell what part of your brain lights up when you think a thought or feel an emotion, but the scanner cannot tell WHAT you’re thinking or WHAT you’re feeling.  Thank God that part is very private (no pun intended).

But, Maybe Medical Science Can Read Your Mind a Bit?

That said, medical science might have a window into the brain more than we thought possible.  In 2016 the National Geographic Channel carried a documentary with actor Morgan Freemen as host, entitled The Story of God.  In Season 1 Episode 4 Morgan Freeman met with a neuroscientist at Thomas Jefferson University in Philadelphia, Andrew B. Newberg, MD.  Dr. Newberg has created a field of study called neurotheology, the neurological study of religious and spiritual experiences.  With a SPECT brain scan he measures blood flow in brain areas during mental activities.  When believers in God (e.g., Franciscan nuns in prayer, Tibetan Buddhist monks meditating) were scanned, the brain’s frontal lobes became more active during their spiritual mediation.  But, when an atheist who was a long-term meditator was scanned there was no similar increase in frontal lobe activity.  The individual was not able to activate the structures usually involved in meditation on God when he was focusing on a concept (God) in which he did not believe.