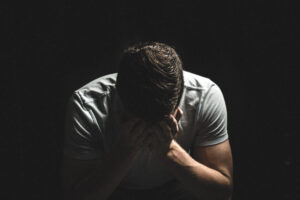 Medical depression. Clinical depression. Major depression. As we say on our main Depression page, we use the word “depression” to mean so many things that it’s hard to know what a person is talking about without asking. We all known about feeling bored and blue on a lonely, too-quiet Sunday afternoon. The medical condition of depression means a down, sad (or irritable) mood on most days, an empty, hopeless feeling, maybe shedding some tears, too. Medically depressed people don’t necessarily want anything, don’t want to do anything. They have no energy and can’t decide anything. They feel anxious and nervous and their sleep is troubled and not restful. When a person’s brain changes such that the person becomes depressed it’s a medical condition that requires capable medical care to help the person get better. So let’s talk about how to successfully treat the medical condition of depression.

Welcome to the Neuroscience Research and Development Consultancy website, also known as NRDC, NRD-C, or nerdsy. Have a question or a comment? Send it to us at: Comment@NeuroSciRandD.com

What’s the Story on Medication for Treating Depression?

First, we need to emphasize that to get well faster and stay well medication alone is likely not enough. The best path to wellness is a combination of medication and psychotherapy. But for the moment we’re talking about just the medicines. There are many, many medications that work well for treating depression. There are at least 30 such medications, and maybe over 40 of them, depending on how you count. If you add the number of generic medications to the brand medications, it’s even a higher number. So there’s little doubt that a person can sort through all these and find one or two (or several) that work with few side effects.

If Treating Depression Is That Easy, What’s the Problem?

Here’s the problem. There are many medications that work, but maybe only a few of the many that work for you, for one, specific person. You see, not all medications for depression work for everybody. Some work for some people and others work for other people. And when you’re already upset and depressed, you’re literally not in the mood for trial-and-error. It’s taking a person who can’t make a decision and asking them to make a whole bunch of decisions.

Let’s say a depressed person tries a medication that doesn’t work, then tries a second, and then a third. Big government studies show that by the third medication about 70% of people with depression will find an antidepressant that works, that treats their depression. That’s 7 out of 10 depressed people that are helped before or at least by the time they get to a third medication. 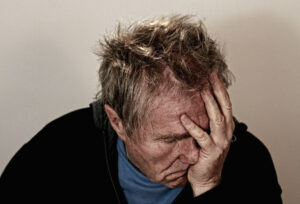 The Next Question Might Be: What About That Other 30% That Aren’t Helped?

Nobody knows for certain how that final, unhelped 30% eventually do. No studies have been done to see how many people are helped by the fourth or fifth or sixth medication. But, doctors treating depressed people don’t give up. It’s true, though, that it takes a force of will for a depressed person to keep slogging through medication failure after medication failure trying to find one that helps. And most depressed people don’t have “force-of-will”. Especially after three, some people just give up. But talk to doctors with office practices. Ask whether only 70% of the depressed people they see are ever helped by medication. These doctors will say no, not true. Over time, with care and patience, many more than 70% get well. 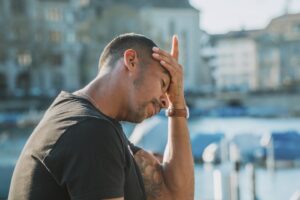 As we said above, medication alone is not enough. A combination of medication and psychotherapy is best. You can’t hand someone a bottle of pills and that’s the end of it. This is actually true for almost any medical condition. Here’s what we mean. Take diabetes. People with Type I diabetes need insulin. Type 1 diabetes often starts in childhood or teenage years. If they don’t get insulin they will die. If a teenager suddenly develops Type I diabetes, how well would she do if her doctor gave her a vial of insulin, a syringe, and a needle and said, “There you are.” And that was it. No instructions, no explanations. That teenager would do badly and maybe die of diabetes in a short time. That’s why everywhere there are diabetes education clinics. These clinics teach new diabetics how to use their insulin, stay healthy, and live life well.

“Psychotherapy” is a supposedly fancy term from long ago. In 1853 an English psychiatrist, Walter Cooper Dendy, invented the term “psychotherapy”. (He actually called it “psycho-therapeia”.) Since then many doctors have used the word to mean many things. But for treating depression it really comes down to just learning. Education. Learning about depression, what it is and where it comes from. Learn about yourself, what happened to you so that now you’re depressed. What is this illness that got you down? Every depressed person needs a guide through the jungle of depression.

When The Best Medications Aren’t Enough – Plan B

There are many good medications, you find one through trial-and-error. But there are rare times when a person can’t find any medication that treats their depression. A good plan B is ECT. There are times when ECT is safer than medication, like during pregnancy or for the frail elderly. There’s one famous movie, and it’s sad that it’s famous, that shows ECT just after it’s invention 80 years ago. It’s unfortunate that this 45-year-old movie stars a great actor that plays the role with success. This old flick has driven everyone in stark terror away from ECT. This move does not portray today’s reality. A lot has changed in 80 years. Today’s ECT is actually a gentle mode of treatment. As we said, during pregnancy or for the frail elderly it can be safer than medication.

Ketamine a fast-acting rescue medication for depression that, when it works, can stop a depression in just a few hours. But it’s not a sure cure. It doesn’t help about a third of the people who try it. So, it’s not always a “magic bullet”. But for people for whom it works, ketamine might become more popular than ECT.

Ketamine for Depression is an Old Idea and an Older Drug

It was over 10 years ago that people at the National Institutes of Health (U.S.) realized that this old medication, ketamine, could treat depression very fast. It treats even severe depressions where nothing else ever worked, including depressions that had gone on for years. Ketamine itself has been around longer than 10 years. It’s been available for almost 60 years, since 1963, and it’s used in medical clinics and in veterinary medicine.

Of course, this is no longer news. The FDA approved Spravato® in March, 2019. But it is important that we now have it and it’s available. And it’s a nasal spray, not a needle stick. Esketamine is important. And it will remain important in treating depression for a long time.

Esketamine works in the brain in a way like no other approved depression medication.

If you’re depressed the likelihood is that you would prefer to give up, to quit. Your depression has worked its black magic on your brain and convinced you that there is no hope, that nothing will work. But, you’ll have to take our word for it, you need to struggle forward. Push yourself to get out and see a doctor. There’s so much available to treat your depression if you pursue it. If the depressed person of interest is not you but is someone you know, drag him or her into treatment. It really does help.

National Institute of Mental Health on Depression Treatment and Therapies

The Mayo Clinic on Depression Diagnosis and Treatment

National Alliance on Mental Illness on Depression Overview and Treatment

Anxiety and Depression Association of America on Depression Treatment