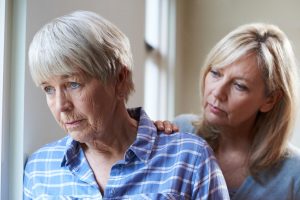 Hello.  Welcome to the NeuroSci website.  Have a question or comment?  Send it do us.  We’ll answer if we can.

Did You Know That…  Glen Campbell had Alzheimer’s?

Glen Campbell (1936 – 2017), great country music star and the winner of four Grammy awards, died of Alzheimer’s.  He is one of the most admired celebrities regarding Alzheimer’s because of the way he publicized it and coped with it.  He announced in 2011 that he had been diagnosed with Alzheimer’s.  He planned and completed what he called his “Goodbye Tour.”  He was brave enough to show the world what it’s like to have Alzheimer’s and how one might cope with it.  One could adopt the view that each of us dies at some point.  If you can see that your time is especially limited, why not die a success like Glen Campbell did?

Successful Coping is the Key

Alzheimer’s disease.  People with Alzheimer’s can see the path on which their medical situation has put them.  Time goes by and at each time point along the way you have choices to make.  Good choices or poor choices.  Actually, most people do make good choices and live it through, live it out.  As with Glen Campbell’s example, why just plain ordinary die if you can die a success.  Sometimes family and friends are the first to notice the changes that mean trouble have appeared.  If you are diagnosed with Alzheimer’s, connect with family, with friends, as best you can at each stage.  Glen Campbell did it well.

Though you might well feel lonely, like no one else is going through this, you are not alone in your dilemma.  Alzheimer’s is the most common cause of memory loss and poor cognition severe enough to make it difficult to live through each day.  Most of the time people develop Alzheimer’s randomly and no one knows why.  Though not common, sometimes Alzheimer’s runs in families, so in these instances it might be inherited.  The older each of us is the more likely we are to get Alzheimer’s.

So, Where’s The Cure?

Ah, yes, there’s the problem.  “There’s the rub”, as they say.  We don’t yet have a cure.  Tens of billions of dollars and euros are spent each year looking for a cure, or even just a better treatment.  But we don’t have one yet.  Dr. Daniel Skovronsky, president of Lilly Research Labs, has been quoted as saying that the complexity of Alzheimer’s disease poses one of the most difficult medical challenges of our time.

The media coverage on Alzheimer’s treatments is far too much exaggerated.  Medications are described and promised and it’s just not true.  Given the complexity that Dr. Skovronsky commented on, it is most likely that no one drug now in development is going to work by itself.  The most probable eventual better treatment will likely be a combination of medications.  The mechanisms of action that are unlikely to work as one medication used by itself are anti-beta-amyloid drugs, beta-secretase enzyme drugs (BACE or beta-site amyloid precursor protein cleaving enzyme), drugs targeting the tau protein, drugs that act at the 5HT-2A (serotonin 2A) receptor, or 5HT-6 (serotonin-6) receptor blocking drugs.  It is certainly possible that, once safe and effective medications in two or three of these categories are found, a panel of two or more medications combined might work in Mild Cognitive Impairment (MCI or pre-Alzheimer’s) or early Alzheimer’s.  Added to this effective set of drugs, whichever ones they are, will likely be some drug that is a specific brain anti-inflammatory.

An Ounce of Prevention…

It is similarly unlikely that a successful treatment or cure will be found for Alzheimer’s that has progressed to be moderate or severe.  Once too many neurons are gone, once too many circuits and pathways are interrupted, there is no way with today’s science and methods to regrow the brain.  So, just what are we supposed to do?  Sit and wait for Alzheimer’s to get us?  Nope.  Pursuing all activities that avert or delay the onset of Alzheimer’s is the key.  (See our page on Treating Alzheimer’s.)  Such activities are worth their weight in gold, worth their weight in platinum, worth every bit of energy you can put into them.

As a person with Alzheimer’s moves through time, at some point along the way those who know and love them, who care about them, step up and begin helping them more and more.  These saintly individuals have come to be called “caregivers” in the medical care system.  Outside the formalism of medical care there must be better descriptors.  Angels?  God’s most wonderful people?  They are referred to by a this special, specific “caregiver” term because they give care to the Alzheimer’s sufferer.  However, over time in a different way, they need help and support for themselves.  The behavioral confusion of Alzheimer’s and the resulting care needed weigh heavily on these caregivers.  If you know someone caring for a person with Alzheimer’s, lend them a hand now and then.  A bit of respite.  A break.

Medical science will conquer Alzheimer’s.  Neuroscience researchers are a clever bunch.  The solutions will come.  It’s a difficult puzzle to understand and solve but we will get there.  When?  “When?” is indeed the big question.  Major pharmaceutical companies and governments have spent decades and hundreds of billions of dollars and euros pushing only, time after time, to hit a dead end at the end of the path.  But they and we all have learned along the way.  The younger you are now the greater your chance of never having Alzheimer’s or having your Mild Cognitive Impairment treated and cured.

And Now for a Bit of Medical History…

People have always become demented and physicians have always noticed.  Concepts have evolved over time.  We can start with those famous ancient Greek physicians.  Pythagoras (570 – 495 BCE) thought dementia was the expected decay of the body and mind in old age.  Hippocrates (460 – 370 BCE) called dementia “paranoia” and thought it was just part of growing old, and his student Plato (425 – 347 BCE) pretty much agreed.  The Romans evolved the thinking a bit, with Cicero (106 – 43 BCE) being the first in history to suggest that an active mental life might prevent or postpone cognitive decline.  Galen (129 – 216 AD) called dementia “morosis” and listed it as a disease.

All Western medical science and research decayed and disappeared during the Medieval “Dark Ages”.  (Thanks a bunch, Catholic Church.).  Finally Jaso de Pratis in 1549 had a chapter on dementia in his first-ever neurology textbook, then Thomas Willis (1621 – 1675) described cognitive loss in the elderly.  Philippe Pinel (1745 -1826) removed chains from those with dementia, who were housed in asylums with the mentally ill, and in the 1800s his student Esquirol included senile dementia in his first-ever modern classification of mental disease.  In 1860 Morel described brain atrophy with aging.

The famous psychiatrist, Dr. Alois Alzheimer, recorded specific and unique symptoms of a dementing disorder 1906, based on Auguste Deter, one of his female patients who developed Alzheimer’s dementia in her 50s.  She had memory loss, paranoia, and other cognitive losses, and at autopsy Dr. Alzheimer noted shrinkage in specific brain areas.  Dr. Alzheimer published his findings in 1909 and in 1910 another famous psychiatrist, Dr. Emil Kraepelin, was the first to use the term “Alzheimer’s Disease” when he published Dr. Alzheimer’s work in a new edition of his textbook of psychiatry.  By 2010 Alzheimer’s disease was the 6th leading cause of death in the U.S.

Center for Disease Control and Prevention (CDC) on Alzheimer’s Disease