Treating a Blockage-Type Stroke – What YOU Can Do

We’re pleased but surprised at how many readers go to this page and spend a lot of time reading it. A lot of interest in stroke! Treating a blockage-type stroke is the topic of this page, but first, what can you do as “just a person”? You can do everything if you’re observant and quick. If someone has a stroke but no one notices for a while, the physicians in the special Stroke Treatment Centers can’t help much. If you see someone having a stroke and you call 911 (or 999 in the UK, other numbers below) immediately you can save a big piece of the person’s brain and probably even save their life. Stroke treatment cannot begin until someone sees the stroke, calls 911, and an ambulance arrives and takes the patient to the hospital Emergency Department. Even better if the hospital has a specific Stroke Treatment Center.

FAST. The reminder acronym most often given to recognize a stroke is FAST.

Welcome to the Neuroscience Research and Development Consultancy website. Have a question or a comment? Send it to us at: Comment@NeuroSciRandD.com

So, Here’s What You Can Do To Treat a Stroke

Use the letters in “F-A-S-T” to spot stroke signs and know when to call 911. If someone is having a stroke, call 911 immediately. Even a few minutes delay in calling 911 can make a huge difference. Those few minutes can mean the death of, rather than the rescue of, a part of the person’s brain. When part of the brain dies the person will be disabled permanently. If too much of the brain dies, the individual dies.

One of our Readers in Nashville, Tennessee (USA) Asked:

Don’t strokes only happen in old people in poor health and they feel like a bad heart? Why can’t they just use a nitro pill and see how they feel later?

This question is wonderful in that it illustrates a few of the common misunderstandings that many of us have about stroke. While the percentage of people at risk for a stroke is higher for older individuals, a person can have a stroke at any age. About 40% of strokes occur in people under age 65. In younger individuals, ages 18 to 44, stroke is more common in women. Smoking, poor diet, little exercise, and obesity do increase one’s risk for stroke, but stroke can and does occur in people who don’t smoke, eat well, exercise, and are thin. Heart pain, a gripping chest pain, is not a symptom of stroke. Heart problems and stroke symptoms don’t look at all alike. And as we say in many other parts of these pages, even a delay of a few minutes can make a huge difference in the medical outcome of a stroke.

BEFAST Is Another Acronym for Recognizing a Stroke

The BEFAST acronym adds a couple of letters/items to the warning signs.

“STR” is a Third Reminder to Recognize a Stroke

Stroke is such huge medical emergency, like a heart attack or a limb amputation, that there have been several ideas to help with knowing what’s a stroke.  Some people have called this one “the three steps” to recognize a stroke. S-T-R stands for three questions you can ask the person who might be having a stroke.

There’s actually a fourth way to recognize a stroke that we’ll add here. We don’t know whether to call it “S”, or “T”, or even “ST”, because it’s for having the person stick out their tongue.

If, when they stick out their tongue, it goes crooked (points to one side, not straight out) that’s a stroke sign. Time to call 911.

Now On to How Physicians Treat a Blockage-Type Stroke

To Get More Technical We Need Some Definitions

We know definitions are boring. But to get more into the technical parts of talking to physicians and of treating a blockage-type stroke we do need first to define some words. The first word we’re defining, because it is often misunderstood and misused, is “acute”. Acute means fast, or sudden. Acute does not mean severe.

A stroke is acute if it occurs suddenly, it strikes out of the blue, it’s a complete surprise. For treatment of an acute stroke to be successful, the treatment also needs to be “acute”, that is, fast. That is, treatment right now. Not “soon”, but NOW.

What the Emergency Department Physician Means by “Acute”

As we said above, “acute” is about time. It means fast, sudden. It’s not about how bad it is or severity, not about how severe a medical situation is. Many people say acute to mean severe. Here’s an example to show what we mean. If just now you cut your finger (minor cut) you have an acute cut. It was quick and it just happened. A minor cut on a finger is not severe, but in this case it is “acute”. On the other hand, if you’ve had cancer for five years and you’re dying, and you’ll die in the next month, clearly your cancer is severe. But it’s not “acute”. It’s the opposite of acute, it’s “chronic”. Your cancer is awful but it’s been going on for a long time, five years. So your cancer is chronic and severe, but it’s not acute.

(On our main Stroke page we define thrombus and embolus. Also, defined below.)

Making sure that a stroke is an “acute stroke” is really important to the Emergency Department and Stroke Treatment Center physicians because there are different treatments for an acute stroke and a stroke that is not acute, that is, that occurred hours or days ago.

tPA – An Almost Magic Medicine Given by Vein

At least, almost magic if it’s given acutely for an acute stroke. One of the three tPAs has to be given by vein during the first four hours after an acute blockage (thrombotic or embolic) stroke. But, we’re getting ahead of ourselves.

tPA is “tissue plasminogen activator”. tPA is known as a “clot buster” drug. It’s able to dissolve a clot, melt it away, and reopen the blocked artery. A thrombus is a clot that forms right there, where the artery is blocked. A thrombus is usually caused by local hardening of the artery (atherosclerosis) in a brain artery. An embolus is a clot that forms somewhere else in the body in an artery that leads to the brain. And again, hardening of the artery is the likely cause. A piece of this distant-from-the-brain clot breaks loose, travels through the artery to the brain, and gets stuck in a brain artery. The place where it gets stuck in the artery in the brain is the location of the stroke. No blood flow, no oxygen, brain tissue death.

Unfortunately, tPA can’t be given by mouth. It has to be given by infusing it into a blood vessel. An infusion of tPA can melt away a thrombus or embolus in an hour or two.

There are three tPAs: alteplase (Activase), tenecteplase (TNKase), and reteplase (Retavase, Rapilysin). Usually alteplase is used for blockage type strokes; it’s FDA-approved for this. But in some situations tenecteplase might be better. So the Emergency Department / Stroke Treatment Center Physicians will know what to do.

This is like a roto-rooter on a clot in a blood vessel. It’s a mechanical device, not a drug, that breaks up the clot. It’s called local intra-arterial thrombolysis (IAT). As with tPA, this device method can save brain tissue from dying.

Remember That “T” Part? The Length of Time That Has Passed

Time. Clock time, minutes that have passed. That’s how Emergency Department Physicians will decide on using the drug, tPA, or the device, IAT. And here’s the time problem. (1) First, someone is having a stroke. (2) Then, someone else needs to see that the person might be having a stroke. (3) The person does the above quick stroke tests (FAST, BEFAST, STR). (4) Yes, the person is having a stroke, call 911. (5) The ambulance arrives and gets the stroke victim. (6) The ambulance gets to the Emergency Department. As the minutes in each step add up it can equal a long time, too long a time.

For all these six steps to happen in under four hours needs quickness. One has to be fast. Unfortunately, it also needs some luck. A lot can go wrong. If it all happens in four hours or less the Emergency Department Physicians can use tPA. If it’s too late to use tPA they can use IAT if it’s been less than 24 hours. And some physicians like the mechanical device better anyway. They like grabbing the clot instead of melting it with tPA. Here’s why. While tPA does break up the clot, it also thins the blood and makes the person more likely to bleed. More easy bleeding can set the stage for bleeding into the brain, the bleeding type of stroke that is much harder to treat. 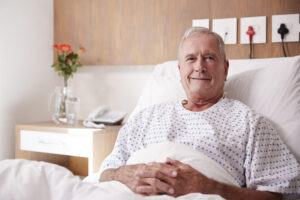 Using tPA has that four-hour time limit, while the “rotor rooter” IAT way can be done up to 24 hours after the stroke. The IAT device can clear the artery of the clot quickly, maybe in just a few minutes. On the other hand, tPA might take two hours for melt away the clot.

There are different ways to get the clot out of the way and different devices to do it. Here we mention a few.

This first type of IAT clot grabbing is easy to understand. A microcatheter, a really tiny long tube with a grabbing coil on the end, is slid into the artery. Like a corkscrew into a wine bottle cork, the coil at the end is screwed into the clot. Once the far end of the coil pokes out the other side of the clot, like the corkscrew going all the way through the wine cork, it gets fatter. By getting fatter/bigger in the artery the coil grabs a tight hold on the clot so that, when the microcatheter is pulled back and pulled out of the artery, the clot comes out too, snagged by the coil. The artery is clear and the blood flows freely again.

Then The Physician Hits a Button to Unwind the Coiled Stent

Then the physician hits a button that lets the coil unwind and get bigger. It goes from a thin coil to a fat coil, smashing the clot against the vessel wall. This opens a hole through the middle of the clot so the blood can flow freely through it. It works great right then, but there might be problems down the road. The hole though the middle of the clot could fill up again with a new clot and close off the artery again.

Vacuum Out the Clot – a Third Type of IAT

Last of all, there’s this third IAT. It uses suction through the small catheter to vacuum out the clot, like a tiny clot vacuum cleaner. Early models had problems. The sucking vacuum tip would get clogged with little pieces of clot. New models have fixed this problem so the catheter tip won’t get plugged. In this way, the vacuum cleaner catheter just sucks the clot right out of the artery.

We’ll Stop There with the Preachy Lectures

We actually had written another whole set of paragraphs, similar to the ones at the top of the page, about calling 911 right away. Our page editor made us take them out. Sound advice is one thing, she said, preaching is another

ClinicalTrials.gov for a listing of recruiting and not-yet-recruiting studies of acute stroke.

Centers for Disease Control and Prevention on Stroke Treatment

The Mayo Clinic on Stroke Diagnosis and Treatment