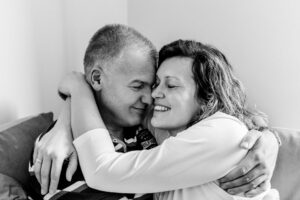 The Peace of an Afternoon Break is Broken

As is often the case when these discussions start, it was about 3:00 in the afternoon, so “break time”.  People wandered in for a cup of coffee or tea, or a soda from the machine.  Nora and her fiancé Marshall, Jennifer, Jack, and Diane were sitting around the table, chatting about what they each planned to do after work. Sheila got up to leave, feeling she’d wasted enough time and wanted to get back to work. Right then Ashley walked in, and said loudly, “Wow, have I got a story for you!” Sheila paused, and sat back down. Ashley went to the soda machine, put in her $2, and hit the button for a coke, without saying anything. Jack yelled across the room, “Well, come on, spit it out. What’s going on.” Ashely still said nothing as she popped open the can and sat down with the group.

As With All Dramatic Happenings, It Started Very Ordinary

Ashley said her mother had gotten a frantic call from her sister (Ashely’s aunt Helen) a couple weeks ago. The sister’s husband, Frank, is a jogger, used to be a marathon runner, and is “healthy as a horse”. Last week he was running and missed a dip in the path and did something to a muscle in his leg. Later that night it started to spasm, really hurt like hell, so Aunt Helen drove him to the Urgent Care near their home. The PA there listened to this medical history, examined his leg, and gave him a prescription for a muscle relaxer. The PA had him take one, a Flexeril, in the UC and wait an hour, then Helen took him home.

It Was a Happy Medical Story, Until…

Through the rest of the evening the muscle spasms calmed a bit with the Flexeril. By morning he felt fine. The PA had given him a prescription for 30 of the Flexeril, to take three a day as needed. By the second day the spasm was gone, and the little bit of remaining pain was gone after he took Motrin. But Frank was afraid the spasm would come back so he decided to keep taking the three-a-day cyclobenzaprine (Flexeril) for a few more days. Five days later Frank woke and didn’t look well. Helen was worried, and her worry went through the roof when he said he couldn’t go to work because people there wanted to kill him. He also refused to eat anything at breakfast because he was afraid the food was poisoned.

It Went from Really Bad to Really Worse

At this point in the story Sheila got up again to get back to work. She’d heard enough gossip and decided she’d catch up on the events of Ashley’s aunt and uncle later. But Nora, Marshall, Jennifer, Jack, and Diane were transfixed at this point and didn’t move. People wanting to kill him, poisoned food? Seeing that everyone else was staying to listen, Sheila again sat back down. Ashley said that about half an hour after Uncle Frank refused to eat breakfast he decided that Helen was poisoning his food, and he locked himself in the bedroom. An hour later he was banging on the bedroom walls. When Helen shouted through the door, asking what’s wrong, he said he was trying to kill all the bugs crawling on the walls.

Ashley’s Aunt Helen had no idea what was wrong. She told Frank she was taking him to Urgent Care but it refused to come out of the bedroom. She called a friend who worked as a Surgical Nurse in a hospital for advice. The friend didn’t know what to tell Helen to do but did offer that Frank was psychotic. Well, THAT scared the B’Jesus out of Helen. She told Frank through the door that if he didn’t come out and go to Urgent Care she was going to call all their neighbors and have the come over for an “intervention”. She knew that would embarrass Frank so much he’d want to die, so he finally came out, and, carefully staying as far from Helen as he could, got into the car.

The car ride to Urgent Care was awful. Frank kept smacking the windows to kill the “bugs”. Helen was afraid he’d open the door and jump out. Finally they got to the UC and waited to see the NP on duty. Frank told the receptionist he had to stay away from Helen because she was trying to poison him. The poor young woman wondered if she should call the police, but when Frank kept smacking the walls saying he had to kill all the bugs, she decided he was nutz and there was no reason to believe him. The Nurse Practitioner tried to talk to Frank but he became afraid of her, too, saying she must be helping his wife try to kill him. The NP explained to Helen that the UC really could not manage a patient with Frank’s level of “behavioral dyscontrol”, and called an ambulance.

The Ambulance Ride to the Hospital

The ambulance arrive and the paramedics spent time talking to Frank. They, too, decide he was crazy. Eventually they gave him an injection of something, saying it was the antidote for the poison his wife was giving him. He got really sleepy, they put him on a portable ambulance stretcher gurney, and into the ambulance he went. The big medical-surgical hospital one town over had an inpatient psychiatric unit, and after a quick trip through the Emergency Department, that locked psych unit is where Frank was deposited. By then it was late evening. The staff told Helen he would be fine with them overnight, he was still sleeping, and they knew what to do if he woke. They advised her to go home and try to get a good night’s sleep. The psychiatrist-on-duty would see her husband in the morning.

A Reader Wrote In:

Just after we posted this story we did have a reader, an incredulous reader, write in. He clearly had not read the whole story. He said it’s too wacky a story and he didn’t believe a word of it. He didn’t understand how a healthy guy in his 50s could just suddenly go psychotic, out of the blue.

We understand that people can be incredulous and we always enjoy critiques from our readers. But this really can happen. We encouraged him to read the whole story, and then look at the links below under “Helpful Links”. If he still didn’t believe the story, let us know. We tried to assure him, it really can happen.

How Often Does One Thank God for a Psychiatrist?

The young woman psychiatrist arrived the next morning to make her rounds on the inpatients in the psych unit, and evaluated Frank. He was groggy and not making much sense, so she got Helen’s number from the computer and called her. Helen told her the story of the bizarre behavior that previous morning and the chaotic trip to the Urgent Care. The psychiatrist called the UC for more information and found out about the leg injury, the muscle spasm, that first trip to the Urgent Care, the PA, and the Flexeril prescription. She then called Aunt Helen back to talk about the Flexeril. “It worked great,” Helen told her. “The muscle spasm pain was gone by the next day.” “Did he keep taking the Flexeril?” asked psychiatrist. “I don’t know,” was Helen’s honest reply.

Aunt Helen found the Flexeril vial in Frank’s bedside table. Of the 30 pills, there were only 7 left. He must have kept taking them since he got them, and maybe threw in a couple extra for good measure. She called the psychiatrist to report what she’d found. As it turns out, Flexeril has a rare side effect. In the clinical studies send to the FDA to get cyclobenzaprine approved fewer than 1% of the people in the studies has this reaction. The description reads something like this: abnormal sensations, agitation, excitement, psychosis, hallucinations, and abnormal thinking and dreaming. He’d not had any Flexeril since being brought to the hospital the day before. The psychiatrist told Helen that if the Flexeril was the problem he should be fine, back to his normal self, in two to three more days.

A Happy Ending for Uncle Frank and Aunt Helen

As so it did happen. Helen visited Frank daily. That first day, when the psychiatrist saw him, he was about the same as the night before. The psychiatrist saw him twice a day, morning and evening. By the second day Helen thought he was a bit more himself, but it was hard to tell. On the third day in the hospital she could tell he was a lot better, and the psychiatrist said that, if all went well, she would discharge Frank into Helen’s care the next morning. On the morning of the fourth day, he was discharged and Helen took him home. He was back to being himself. No bugs. No banging the walls. No fear of Helen or poisoning. He had a good appetite. He said he didn’t remember much of what happened but was sure he did not need to be in a psychiatric hospital.

The real point of the story that Ashley wanted to tell was her Aunt Helen’s conversation with her friend the Surgical Unit nurse a few days after it was all over. Because that’s when it came up about the medication side effect that you can’t tell your doctor. If a doctor prescribes a new medication for a person and it causes a headache, or nausea, or insomnia, or tiredness, or almost any other side effect, the person calls the doctor and says, “Hey, this new med is making me sick. Let’s try something else.” But if the new drug causes mental status changes, like psychosis, or hallucinations, or other abnormal thinking, the person doesn’t know what’s happening. They’re “on a different planet”, the nurse said. They can’t call the doctor, they don’t know what’s going on.

The Medication Side Effect You Can’t Tell Your Doctor

Psychosis. That’s the side effect a person can’t tell their doctor. They don’t realize the new drug caused it, they don’t remember a doctor or a new prescription. It’s a real bad trap, a real bad place to be. At this point, Sheila did get up and left, without saying anything. Nora looked at Marshall and just said, “Wow, that’s bizarre!” Ashley just sat there looking from person to person, pleased in her discovery about the side effect you can’t tell your doctor. Their breaks are usually 15 minutes and Ashley walked in half an hour earlier. Time to get back to work. Jack, Diane, and Jennifer all shuffled out mumbling to each other how amazing and crazy Ashley’s story was. No one seemed to put much stock in it as an important revelation. Though each, in their own minds, hoped it would never happen to them.

Scholarly article on Induction of Psychosis by Cyclobenzaprine

Journal of Clinical Psychiatry on Psychosis following cyclobenzaprine use