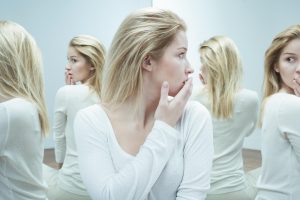 The plan is to eliminate schizophrenia altogether.  Wipe it out.  It’s the goal of the entire medical psychosis neuroscience research community.  And we’re getting close.  See our page on Treating Schizophrenia.

Hello.  Welcome to the NeuroSci website.  Have a question or comment?  Send it to us.  We’ll answer if we can.

Did You Know That…  John Nash had schizophrenia?

Of course you did.  If you have not heard of or read Sylvia Nasar’s biography of him, A Beautiful Mind, you likely have heard of the movie.  You might even have seen the movie, with Russell Crowe playing the character of John Nash.  Dr. Nash was a mathematician whose studies covered game theory, differential geometry, and partial differential equations.  Though it sounds abstract, his work explained the way ordinary people like us in everyday life make decisions and experience chance occurrences.  His theories became useful for economists and were widely applied in the marketing and financial worlds.  In 1994 he won the Nobel Memorial Prize in Economic Sciences, sharing the prize with two other game theorists.  His paranoid schizophrenia was first evidenced in 1959 when he was 31 years old.  The initial psychotic break was followed by years and years of treatment in psychiatric hospitals.  During the 1970s, with treatment, he was more able to think and function and in the 1980s he was even able to return to academic work.  Dr. Nash was killed in a car crash while riding in a taxi in 2015.

Schizophrenia and its Causes are Complex and Heterogeneous

The Baby in the Womb

We have no control over what happens to us while our mothers are pregnant with us. Many assaults on the developing baby can occur.  Damage to a developing baby is one possible contributing factor to schizophrenia even though the disorder does not appear until adolescence and young adulthood.  These insults to a baby’s well-being include a mother’s temporary diabetes while she is pregnant, any bleeding she has during pregnancy, and labor and delivery complications like too little oxygen (asphyxia), emergency cesarean section, and low birth weight.  Infections that a mother has and a mother’s high stress levels during the particularly important 2nd trimester might lead to additional fetal problems.  These 2nd trimester effects on the forming baby could double the risk of developing schizophrenia in adulthood.

It Does At Times Run in Families

Schizophrenia is a condition that affects the brain.  As is discussed on our page Spiritual Splattered Brains (formerly Your Mind & Your Brain,) all our body areas are connected to each other.  So, in addition to the brain, schizophrenia affects many other organ systems like the immune system and the endocrine system (endocrine as in diabetic tendencies).  But the brain is likely the organ where schizophrenia is based.

Schizophrenia is really common.  Worldwide, about 77 million people have schizophrenia.  It equally crosses all the artificial social divisions that we human beings construct, affecting rich and poor, intelligent and challenged, all ethnicities, and any genders.  The prevalence is about equal, male to female.

It Lasts a Lifetime

Schizophrenia a chronic, life-long condition.  Though the Swiss psychiatrist and early schizophrenia researcher Eugen Bleuler believed that those with the condition showed an improvement over time, in truth, before the availability of our current medications, when someone was sent to an asylum with a diagnosis of schizophrenia they usually stayed for life.   With today’s medications and other treatments the condition can improve to the point of people being almost free of symptoms.  Often people feel so well that they stop their medications at times and, as a result, their clinical well being falls apart.  They will improve again when they restart their medication.  But each episode of psychosis is toxic to the brain, so the improvement with restarting medication will likely not bring them back to the place they were before the medicine was discontinued.

Diagnose and Treat It Immediately and It Might Go Away

Starting and stopping medications is an exceptionally bad idea.  (See our page on Treating Schizophrenia.)  It’s likely that the psychosis of schizophrenia makes itself worse, that is, psychosis is toxic to the brain makes it easier for more psychosis to occur.  Allowing any psychosis to persist for very long can condemn the person to a lifetime of worse illness than need be.  This means that if the first early symptoms of schizophrenia start and the condition is quickly and aggressively treated immediately, it might go away.  At a minimum, the person is likely to quickly medically improve and have a milder course throughout his life.

Psychosis That Lasts Too Long Makes It Worse

The changes that cause the psychosis seem to damage the brain in a way that makes ongoing and worsening psychosis more likely.  As a result, if early signs of psychosis start and it is not treated quickly, it will get worse.  And, the longer it goes untreated, the worse the condition will become and the more difficult it is to treat.  In such a situation it certainly will likely never go away completely.

Though hopefully clear from the above discussion, but to make it crystal clear for emphasis, schizophrenia is physical.  It is as physical as a missing leg is physical.  It is real, based in tissue, brain tissue.  Here’s the problem.  Many people use the word “mental”, as in mental illness, to mean not real.  Schizophrenia is not a “mental” illness by this meaning.  It’s not some vague, hazy thought or emotion just floating about in someone’s mind or head.  It is corrupted brain circuitry, hard wiring and circuits gone wrong in a person’s brain.

Seeing Schizophrenia Before It Hits

People have early behavioral changes for a time before the first obvious signs of schizophrenia appear.  There is a debate among schizophrenia experts about how soon before full schizophrenia psychosis the early signs can be seen.  Maybe years before.  Maybe even in toddler years or infancy.  Schizophrenia researchers are working actively in this area.  If we could tell early enough who is going to develop schizophrenia we might be able to prevent it all together.

We Do Live in our Brain

Schizophrenia is a brain problem.  That’s a big problem because we live in our brain.  Schizophrenia can be not so bad (which is unusual) or very, very bad (which is more typical).  People with schizophrenia may hear voices that others don’t hear, that is, voices that don’t exist.  They may not understand what’s going on around them.  And because their brain is working in this way they might make social mistakes that others don’t like.  So they stay away from people.  People with schizophrenia get nervous, afraid, and upset.  They might accidently upset others by talking in a way or about things that people around them think are strange or make little sense.  While there are good medications that help, being able to be in a secure, safe place also helps.

A Dangerous Trap for People with Schizophrenia – Alcoholism

When one is perceiving the reality around himself through this changeable distorted filter, it is more difficult to see danger coming.  So a danger that catches and traps many, many clear-minded people without schizophrenia is an even greater risk for someone with schizophrenia.  We’re talking here about alcoholism and smoking.  The two most common substance use disorders among those with schizophrenia are Alcohol Use Disorder (AUD) and Tobacco Use Disorder (TUD), and tobacco, for all its dangers and possible eventual fatal outcome, is far less toxic and corrosive that alcohol.  There are prevalence estimates that about 20% to 30% of people with schizophrenia are abusers of or dependent upon alcohol.

In 2011 Oliver Clark started a free drug and alcohol helpline.  He has a website with additional information on how alcohol does not mix with schizophrenia.  Here’s the link:

And Now for a Bit of Medical History

The medical diagnosis of schizophrenia is a more recent understanding, when compared to other diagnoses recognized in the ancient world such as mania and melancholia.  In the mid-1800s physicians began observing and recording a cognitive/mental loss in young adults that was chronic and progressive.  Various diagnostic names were assigned by different physicians in different European countries, such as adolescent insanity, démence précoce (premature dementia), hebephrenia, or catatonic syndrome.  The diagnostic term that then came forward in history lumped all the others into one, dementia praecox, put forth by Dr. Emil Kraepelin in 1893.  The syndromes lumped together, however, were quite different from each other.  Dr. Kraepelin tried to deal with this dilemma by naming nine different forms of dementia praecox.  He was stumped to go any further, and recognized his dilemma, saying later research might find the cause of dementia praecox.  The term “schizophrenia” was coined by Dr. Eugen Bleuler in 1908 to replace the dementia praecox label.  By schizophrenia he meant fragmented (split) thinking (phrenia), with emotions and cognition jumbled.  Bleuler said that schizophrenia was not one disorder but a group of medical conditions, and that the term should be plural, the schizophrenias.  He named all the different schizophrenias of Dr. Kraepelin and added several more.  In the following decades of the 20th century prominent academic psychiatrists continued sorting and naming one or another “type” of schizophrenia.

The Mayo Clinic on Schizophrenia