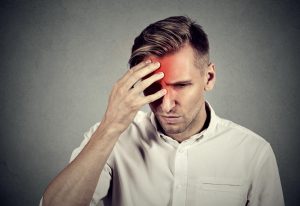 Did You Know That…  Elvis Presley had migraines?

Yes, Elvis, the forever King of Rock and Roll, had migraine syndrome.  The headaches were described as severe migraine with aura.  At times they were intractable.  It was not unusual for him to be rushed to the hospital in the midst of an intractable migraine.  Intractable migraine syndrome can become chronic and poorly responsive to medical intervention.  In the 1970s, before modern migraine medications, he was left with poor choices to try to lessen the pain and disability the migraines caused, and those poor choices left him in pain despite the treatment.  The term “disability” is used because among the symptoms he suffered were slurred speech, fatigue, and sensitivity to light and sound.  If the records are correct, his migraine pain was treated at times with meperidine (Demerol), an injected synthetic opioid.  Among the symptoms of migraine syndrome are nausea and vomiting, and meperidine has side effects of nausea and vomiting.  You see the problem.  In common, colloquial language , he was between a rock and a hard place.

The Start of a New Era of True Migraine-specific Treatment

For those who suffer with migraine syndrome, the past 26 years have been a welcome period.  If you are younger than about 35, consider yourself lucky to have lived completely in the era of modern migraine medications.  The explosion of medication development and enormous amount of new information and understanding of migraine has been unbelievable.  It was in 1993 that Imitrex (sumatriptan), the first “triptan”, was launched in the U.S.  Compared with the ergots, opioids (like meperidine/Demerol), propoxyphene (Darvon), and other medications used before that, Imitrex was like a miracle.  Since then a whole cascade of triptans has been released and now generic versions of them are available.

The triptans, starting with sumatriptan, created a welcome revolution in treatment.  In addition to the original triptan, sumatriptan (Imitrex), the triptans are:

Though all of them are triptans, they are not all the same.  Some work better for some people and others in the list work better for others.  It’s not unusual for a migraine sufferer to find that one triptan works poorly and a different one works quite well.  When they work they stop the headache, the nausea, and the general malaise of a migraine.  When they work, an individual can go from miserably ill to perky and well in a few hours.

But More Needs to be Done

Even with the armamentarium of medications and formulations (oral, nasal spray, injection, transdermal patch) now available, there are still people with migraines who are not helped much.  More needs to be done.  New medications of different types and mechanisms of action have been launched and are in development for launch.

When in pain, one would first think of taking a pain medication.  Thus, it’s surprising how little typical analgesics help with migraine syndrome.  The NSAIDs (non-steroidal anti-inflammatory drugs) like ibuprofen (Advil, Motrin), naproxen (Aleve), and aspirin help somewhat on occasion.  These medications are of most help when taken with a triptan.  In fact, the combination of a triptan and naproxen became quite popular early after sumatriptan was launched.  (There was a rumor that naproxen had serotonergic activity that helped with sumitriptan’s effect, but data supporting this cannot be found.)  Opioids are of surprisingly little use.  That was the dilemma Elvis faced in his struggle with migraine, described above.  Migraine syndrome is much more than just headache pain.  The nausea, vomiting, and general malaise are a big part of the problem in migraine attacks.  NSAIDs and opioids can, themselves, cause stomach upset and nausea in some people.

How quickly can one expect one or another formulation of a triptan to take your migraine away?

The oral formulations take about an hour or two to be fully effective.  The fasted route of administration is the self-administered subcutaneous injection.  The injection can work in as little at 20 minutes.

The transdermal patch route is slower, about the same as or maybe a bit faster than taking an oral formulation.

There is a needle-free subcutaneous injection formulation of sumatriptan.  While “needle-free”, it is not painless.  The injection hurts.  But if it is an inherent fear of needles that bothers you, not the pain of an injection, this formulation might be a good choice for you.

Block Migraines from Occurring in the First Place

The triptans and other older medications were designed to treat a migraine.  The medical research community feels that it has had remarkable success in treating migraine attacks.  Attention has thus been turned to prevention, how not to get a migraine in the first place.

Calcitonin gene-related peptide blockers are a new direction in migraine prevention.  The first of this family of medications was approved a bit over a year ago (May 17, 2018).  The CGRP blockers are injected medications.  One of them is erenumab (Aimovig), just a once-a-month injection and no more migraines, or at least, just a few mild migraines.  As with any newly developed and launched medication, the CGRP blockers are expensive.  See the Member Page on these blockers (https://www.neuroscirandd.com/member-page/migraine-and-the-biologics-the-cgrp-inhibitors/).

The use of beta blockers is an approach that has been in use for a long time.  Beta-blockers are used to treat hypertension/high blood pressure.  For some individuals who get many, frequent, and severe migraines, beta blockers have been found to lessen the severity and frequency of attacks.  Three of the beta blockers used are propranolol (Inderal), metoprolol (Lopressor), and timolol (Betimol).  They don’t help everyone, however, and many people have been disappointed to have little benefit.

There are other classes of antihypertensives, the “calcium channel blockers” like verapamil (Calan) and the “ACE-inhibitors” like lisinopril (Zestril) that might or might not work to prevent migraines.  That is, some migraine sufferers find calcium channel blockers or ACE inhibitors helpful to prevent migraines.  As with the beta blockers, it’s not a guarantee.

Most people who get migraines are not depressed (except maybe bummed that they get migraines).  That said, it could be that as many as 3 out of 10 people with migraine syndrome also have major depression.  But depressed or not, there are antidepressants that are useful for preventing migraine headaches.  Two examples are amitriptyline (Elavil) and nortriptyline (Pamelor), and there are others.  It might seem odd that a medication for one condition would work for another.  But it’s not that unusual.  Brains are complicated things and there is overlap among what is affected among the many ways a brain can work less well.

There are two medications used to treat epilepsy, valproate (Depakote) and topiramate (Topamax), have been found to be helpful in preventing migraines.  As with hypertension medications and antidepressants, medical science cannot explain exactly how these anti-epileptic medications work to prevent migraine, but they do work, at least for some people.

Other Strategies to Prevent Migraines

Often migraines are set off by foods, weather, or situations.  Thus, some migraine sufferers notice that the environment around them, things they do or foods that they eat, or other changes around them, can trigger a migraine attack.  If you haven’t noticed this association, you could try keeping a “headache diary” for awhile.  A headache diary is a daily record of foods eaten, the weather that day, social situations, and stressful events along with migraine or not and severity.  Maybe you can discover what triggers your headaches.  Upcoming bad weather or changes from good weather to bad or vice versa?  Hot dogs (containing nitrites)?  Skipping meals?  Too much or too little coffee or tea?  Hard exercise?  Beer or wine?  Being overly tired?

Some people realize that if they are run down and tired they get more migraines than when they feel good and are full of energy.  So, try taking really good care of yourself in every way that you can.  Get enough sleep at night but don’t oversleep.  Try to avoid stress.  Rest and relax when you feel a headache might be coming on.  Or, for that matter, rest and relax every chance you get.  But, as we all know, there are times when life’s stress is unavoidable.  For these tense times it might help to learn and practice some muscle relaxation exercises like yoga or meditation.

Though they can’t be recommended, if they help and don’t cause a problem, some “alternative medicine” approaches might be on the list for consideration.  Examples are Cognitive-Behavioral Therapy, biofeedback, message therapy, vitamins or herbs, or even acupuncture.

To Sum It Up

There is help for preventing and treating migraine headache attacks.  It might, and probably will, take time and patience on your part to find all your best solutions, but something will work to treat your painful attacks and to lessen the likelihood of future attacks.